This setting does not affect “Deactivate Subscribers Not in Import.”

Deactivate Subscribers Not in Import

When this option is selected, subscribers that are active and not included in this import will have their status updated to “deactivated” upon completion of this import.

Each file that’s imported can use commas, tabs, or semicolons as field separators. In other words, CSV, TSV, and SSV files are supported.

The default import options select commas (,) as the field separators.

Each field should be enclosed with either single quotes or double quotes.

If the file being imported does not use field enclosures, then it should still be possible to import it as long as the field enclosure that was selected doesn’t appear. For example, if you have a file which simply contains one email address per line, this can be imported with either the Single Quotes, or Double Quotes Field Enclosure option selected.

This option would probably be more appropriate to label Encoding, but the Character Set label is currently used because it’s considered more user friendly.

If the file that you’re importing contains only valid UTF-8 characters, or only ASCII characters, then the default importation options will work.

If the wrong character set is selected for a subscriber import, the import process will error out when it encounters data that’s invalid in the selected character set.

You can upload files that you wish to import via either GreenArrow Studio’s web interface, or FTP.

Files up to 200MB in size can be uploaded via GreenArrow Studio’s web interface.

There are no size restrictions, other than available hard drive space imposed on files uploaded via FTP.

The first row of the file being imported is used to map the file’s fields to individual values, such as the subscriber’s email address, and custom fields:

By default, GreenArrow Studio treats the first line of files that are imported as a header row, meaning the data in this row does not get imported into the mailing list. If you wish to import the first row, select No option in the CSV Has Headers menu:

See the Custom Fields page for information on what types of data are valid for each custom field type.

You may choose whether or not autoresponders will be triggered by imports. 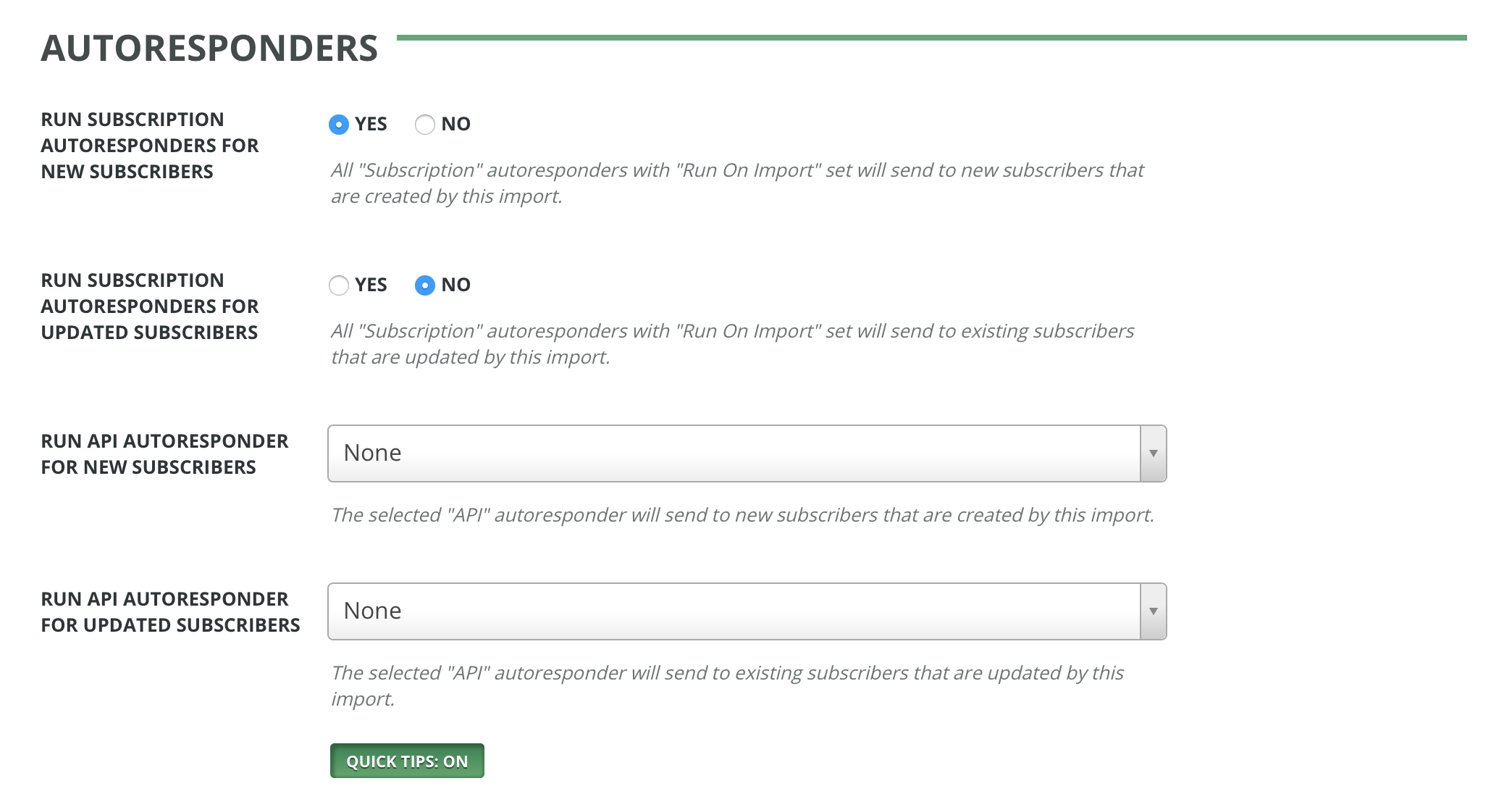